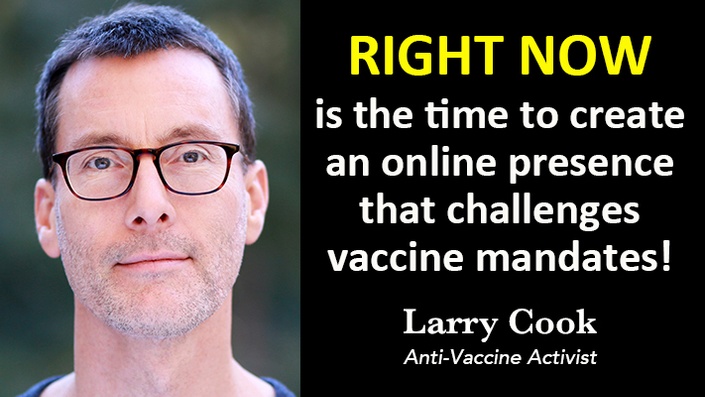 How To Create An Online Presence For Change

In this Masterclass I give over 5 hours of in-depth specific instruction on how to: 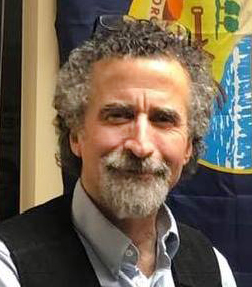 TESTIMONIAL
Larry Cook is a professional social media activist. He is authentic, effective, creative and courageous. He's figured out how to do it and offers practical tools for you to engage in your own heroic adventure as an activist. Now, let's go out and make the world a better place.
Henry Kriegel

This course is a scaled down version of the social media activist course and 1) does not include the Monetization module and 2) does include some extra info for vaccine skeptic Influencers. 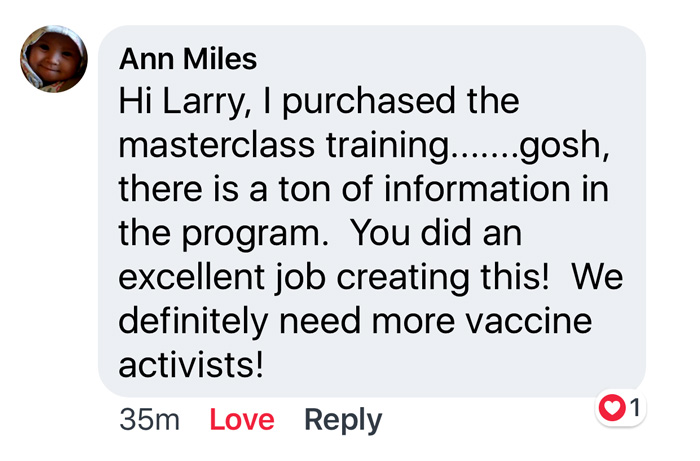 Hi Larry,
I'm working my way through the course. I signed up today and have already spent over an hour listening and reading. Wow! I love it! I'm an RN and believe that my education lends credibility to our message. I'm planning to work through your steps over the next few weeks. Thank you!
Barb

How To Create An Online Presence For Change

Everything is the same in this course as the social media influencer course, except there is no Monetization module AND there is some added content for vaccine skeptic Influencers!

I created this course for social media activists and influencers who have an audience and a following - probably on their personal Facebook profile - but who have not yet taken it to the next level of engagement, which probably means setting up one or more of the following:

In order for someone to make maximum impact, acquire a larger audience and even turn their activism into a full time job, I believe all of the above are required, plus an understanding of how to enhance images and photos and make custom memes with Photoshop. I know this can be daunting so I decided to create a course specifically for social media activists who want to take their engagement to the next level. There is no other course like this one anywhere!

Is This Course Right For You?
This course is right for you if you have a BURNING PASSION about the cause you are fighting for and you truly want to reach more people with your messaging and especially if you want to turn your passion into a full time job. In addition to there being a lot of moving parts, it is typical for challenges to arise and so you must feel confident knowing you are on the right track and that you will overcome those challenges. I do not give every tiny bit of info you need, but I do give you the major brush strokes that will get you up and going very quickly. I do not know of any other course even remotely like this one so if you really want to step up your game and you truly have a burning passion for your cause, then this course is for you. I even offer a 30-day money back guarantee.

What Does The Course Cover?
In short, most everything you need to understand how to:

What About The Cost?
I've been a social media activist and influencer for nearly four years now and what you are paying for is my personal experience of trial and error and my own studies that I share freely with you in the course. And for the last two years I've been doing this full time and I am financially supported by my audience. What could easily be six months of learning and trial and error on your part I have condensed down to under 8 hours of training and even a step-by-step action plan to take after you've reviewed each course section. If indeed you have a burning desire to build your audience, create social change and turn this into a full time job, once you are up and running my charge for this course will be insignificant compared to what you ultimately get out of it. Besides, I offer a 30-day money back guarantee. If you want to get to that next level, enroll today, start learning, and take the plunge! We need more activists changing the world, and that includes YOU!

1) Quickstart Guide & Overview - Start Here!
After you have watched all of the lessons come back here to follow the major setup steps and follow links to the important resources.

2) Audience Building: How To Create Engagement, Followers and Change
In this 96-minute lesson I discuss:

3) Mailchimp Basics: How To Get Subscribers & Create Emails
In this 39-minute lesson I discuss:

4) How To Take Better Photos and Videos: Lighting, Composition & Sound
In this short 6 minute live action video I demonstrate on camera with a model how to take better pictures and video for your stories.

6) WordPress Setup: New Website Setup Essentials
WordPress is a website content management system and the most popular system on the planet that is easy to use with huge functionality. In this 83-minute lesson I discuss: 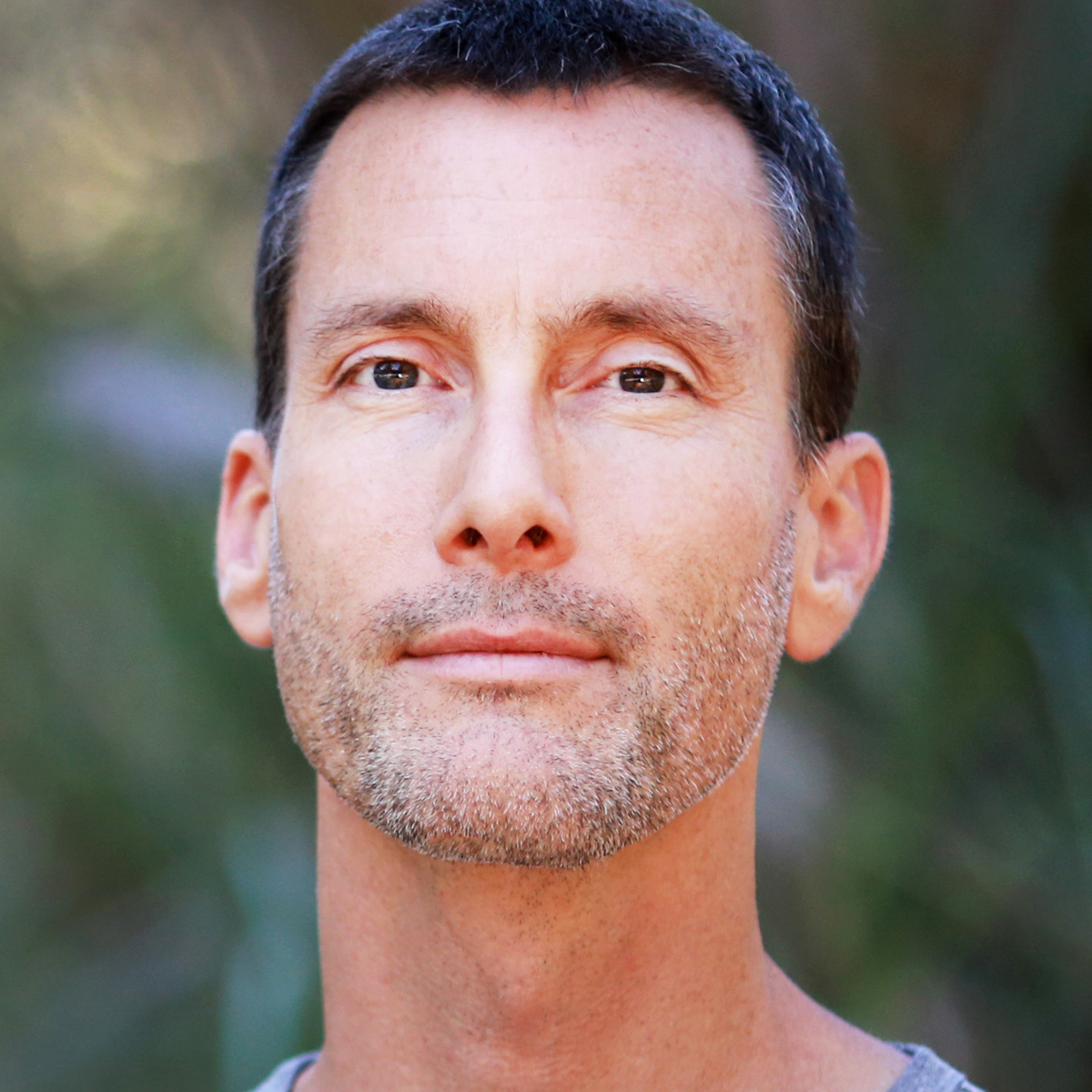 Hi, I'm Larry Cook, a full time anti-vaccine activist who uses social media, a website and an email list to engage my audience of hundreds of thousands to influence positive social change, save babies and children from vaccine harm and death, and pay my bills while doing so. On my Facebook Page alone I reach over 2 million poeple every single month with my anti-vaccine messaging. I created this course to help you understand the steps you can take to do exactly what I have done with your audience, thereby reaching more people who need to hear your messaging while setting up revenue streams so you can be a full time activist.

I have a varied background, but it's mostly been in the communications field. I launched, published and sold two magazines devoted to natural health, I wrote a book about natural living, I have a successful YouTube Channel, I worked in the video/film industry for over 20 years, I've studied sales and entrepreneurial concepts and have set up many forms of residual income, I successfully ran a naturopathic doctors association for four years, and now I am the founder of the brand Stop Mandatory Vaccination, which I launched nearly four years ago and which has been my primary source of income for the last two years.

You might say that I spent over 25 years preparing and training for my current role but I knew it not until the day came that California decided to mandate vaccination - 49 vaccines before Kindergarten and 72 by the time schooling is over - for every child going to public or private school. All of my circuits blew and I just knew I had to help out in some way. I began with a plan to video interview parents who have vaccine injured and vaccine free children in order to help raise awareness that vaccines should not be mandated, and after a full year of building my brand Stop Mandatory Vaccination I certainly found my "voice" in this cause which put me on the map in social media - Facebook, specifically. When it comes to Facebook and vaccines, I am well known in both the anti-vaccine circles as well as the pro-vaccine circles in the USA, Australia, United Kingdom, Canada and other countries as well.

I pulled from my 25 years of experience to get everything set up and going and now I'd like to help other activists increase their audience and engagement by sharing what I have learned along the way. This Social Media Activist Training for Influencers Masterclass is a side-project, not a full time gig, as I am still 100% devoted to raising awareness about the dangers of vaccination and why they are not effective as claimed. Nevertheless, I believe that I have created some extremely helpful training here that can help get anyone - including you - up and going in a matter of weeks instead of months or years by shaving off the learning curve. Really, what I am hoping for is that those activists who previously felt that all of this is too overwhelming will take the course and jumpstart their engagement efforts and turn it into a full time job, like I have. We need more activists in the world willing to stand up against injustice and the evil in the world.

Together, we can make a difference.

When does the course start and finish?
The course starts now and never ends! It is a completely self-paced online course - you decide when you start and when you finish.
How long do I have access to the course?
How does lifetime access sound? After enrolling, you have unlimited access to this course for as long as you like - across any and all devices you own.
What if I am unhappy with the course?
We would never want you to be unhappy! If you are unsatisfied with your purchase, contact us in the first 30 days and we will give you a full refund.
off original price!

The coupon code you entered is expired or invalid, but the course is still available!